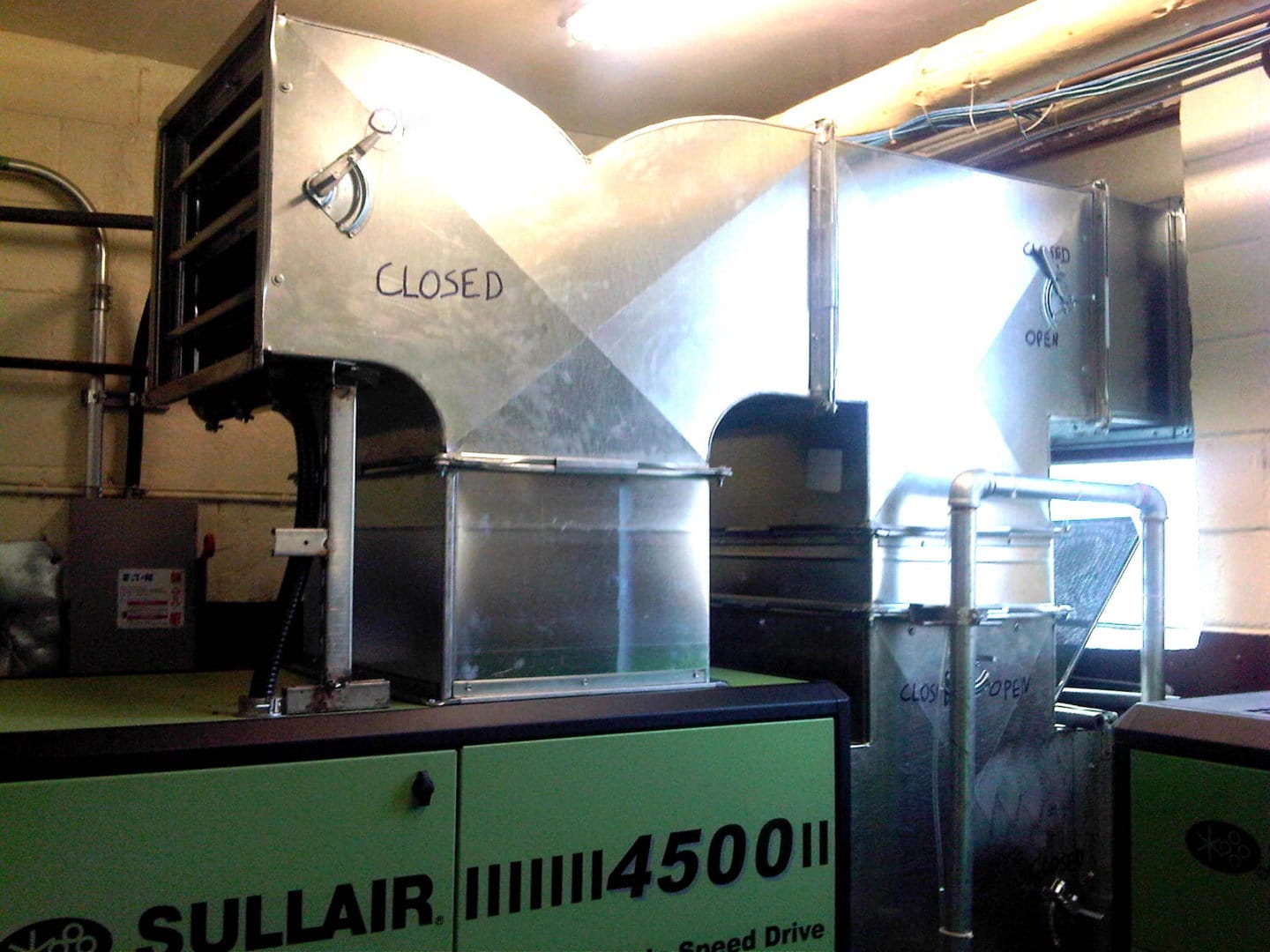 Attached is a picture of a compressed air system that we installed in a large textile plant located in Toronto in 2012.

The owner wanted to scrap an existing antiquated and unreliable compressed air system for something newer, more reliable and more hydro efficient. He was aware that some of his competitors in the Toronto area had installed variable speed drive compressors for hydro efficiency. Because of the constant and considerable presence of lint in large commercial laundry plants, we informed the customer that the unit would have to be installed in an area of the plant that was relatively clean; moreover, as an extra measure of caution we would have to supply the machine with outside air instead of ambient air.

The attached picture shows a Sullair 4509V with fresh air intake, heat recovery and a cross over duct. The hot air is expelled outside in the summer to avoid overheating the plant (which is already very hot), but blown back into the plant in the winter to recuperate the considerable heat generated by the compressor and reuse it to heat the plant. The cross over duct acts to mix hot air coming off the coolers with intake air during the colder months, thereby preventing the compressor coolers from freezing up in the winter during months when the intake air is very cold.